Marketing is a complicated and multi-staged process that is performed by a wide variety of experts. Companies operating globally and locally all search the market for an ability to sell their products, grow, develop and expand. With the constant rush for profit, effective use of advertisement and promotion is a necessity. For this project, I want to take on the task of changing the marketing efforts of the Shell company. To do so, I plan to examine and describe some of the more effective aspects of advertisement I have found and decided to take on as an example. Three distinct advertisements and efforts were chosen, the works from Digiorno, Apple, and Starbucks. These companies are all effective and successful in their specific niches, and their methods can be studied, analyzed, and taken up in an effort to produce better pieces of marketing.

Many companies have attempted and managed to reach a bigger audience via the use of social media, which has quickly a widespread phenomenon among the population. People use public platforms to share their opinions, interact with others and learn about new things, all of which is more possible than ever with the active use of the internet and 4-5G networks. Corporations throughout the recent years have both succeeded and failed to get the attention of the public and attain long-lasting interest in their products. One of the positive examples of using marketing on social media is Digiorno’s #DeliverDiGiorno campaign on Twitter. The pizza company has asked its follower and other people on Twitter to post messages with the aforementioned hashtag, and the ones that did got free pizza (7 of the Best Social Media Campaigns (And What You Can Learn From Them)). The move was positively received, as people were grateful for free food, and also worked to spread awareness about Digiorno’s quality of the product. It was effective in engaging the audience with the use of a hashtag and rewarding the participants with something they found useful. This campaign, in my opinion, is a good example to follow in social media marketing. Using memorable phrases to construct associations with a brand and actively working together with potential customers is a sure way to attract people. Another component is knowing how to play on the strengths of one’s brand. In the case of the pizzeria, the company has managed to show off its best qualities and secure a customer base. In the case of a company like Shell, a similarly personal approach may be effective. Engaging the customers on a level they can find comfortable and using the known qualities of the brand to its advantage are all good examples of social media marketing. Not to mention the free aspect of giveaways, which can also be used to sway people in the company’s favor. Simple designs that highlight the product and bring a person’s attention to the central subject of the ad, i.e., gas and oil products.

Memorability of advertisements is also a large factor in how well they can perform with an audience. An advertisement should use its biggest strengths to broaden its appeal and find a place in the minds of many people. Memorability as a factor can be achieved in a variety of ways, including visual appeal, sound, promotion, addictive or repetitive properties. In many cases, ads use music and sound to their advantage, creating songs, slogans, and other forms of audio-based media, as people are more likely to remember, hear or relay them to others. A well-remembered advertisement that uses this principle and other unique approaches to marketing is Apple’s iPod commercial. 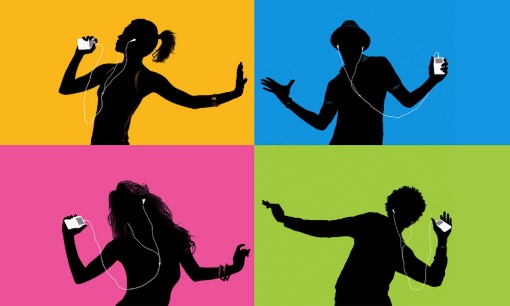 The iPod silhouette ads are one of the most memorable and interesting pieces of ads in recent memory. Managing to grab the attention of the public with their bright contrasting colors and rapid movement, the ads have had the ability to both attract interest and showcase the best features of the product. People in the advertisement are seen as silhouettes, making the bright white device in their palm the focal point of the visual composition. This contrast and positioning have the ability to place multiple objects within the frame while also highlighting each of them as noteworthy. The adverts also used music to their advantage, building on the associations between popular songs and the product being sold. Apple has garnered an effective strategy for attracting the public. For the purposes of this analysis, the use of contrast, musical compositions, and associations are most important. I think that by building a closer association between Shell and some aspect of human life that is interesting or enjoyable, marketers can make their work more engaging.

A good advertisement needs to be both easily recognizable and simple to remember, as the ability of people to quickly grasp its core message is the deciding factor between an ad succeeding and failing. Bright or contrasting colors, font choices, and the overall feel of each ad can be wildly different, and advertisements are often exactly what differentiates companies from each other. The most important need for any ad is often to match the external image of the company and be a representative of its goals, values, and propositions (blackdogDESIGNS). Such connections are most often made through the wording, particular color choices, or other forms of artistic expression. A good choice of example would be taking any restaurant or fast food company, as these kinds of avenues specialize in capturing people’s attention among the competition. Taking a Starbucks advert, for example, the product advertised can be clearly distinguished. 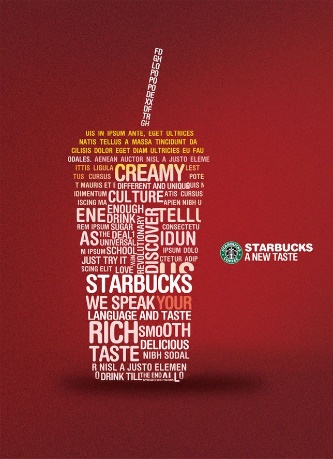 The contrast between the red and white is easy to see, and the main subject of the ad is placed front and center. While the piece may appear simplistic, it grabs attention and has the substance of content for people to explore if they choose to do so. It can be understood on both a surface and a deeper level, increasing its reach. The ad is also effective in forming a particular need in a person, a need that can be fulfilled by the company in question. In the case of Shell, this information can be effectively applied to re-examine the way advertisements function and appeal to people, creating a stronger connection to the brand and a way to better market the product. New advertisements should be understandable from a distance, layered in their meaning, and engaging to both people familiar with a brand and who only recently became interested. Currently, Shell’s marketing campaign is lacking in terms of personal connection and engagement, in my opinion, but that can be remedied by an effective message and good planning.

Features to be Included and Avoided

Overall, I think, a Shell advertisement campaign should focus primarily on straightforward depictions of the product sold, presented in unique and engaging ways. Using simple and contrasting colors, or similar colors to create a sense of unity and coherence to the image. By distinguishing the ad through its association with the Shell brand, in terms of color and presentation choices, the company can create ads that are representative of its goals, values, and products. Seeing some of the existing ads for the company, that principle is upheld in a way, but it is hard to understand the purpose of the display at a glance. By making the advertisements easier to understand from a passing glance, the company can attract a larger audience. I also think that the brand should strive for a more individualistic connection with its customers, and adopt a less formal framework for interacting and promoting content to them (Enochs).

“7 of the Best Social Media Campaigns (And What You Can Learn From Them).” Social Media Marketing & Management Dashboard. 2020. Web.

Enochs, Mark. “What Is Customer Engagement Marketing and Why Is It Important? A Complete Guide.” Emarsys. 2020. Web.

The Marketing Case: Presenting the Company to the Public and Building Brand Awareness